Heroic Bee is the closing title of my new album "Expiration Date" which I've been working on since early 2016. I got the idea for the lyrics while thinking about how we build monuments for our heros so that their name will live on and how silly it would be if bees did that for every bee that died while protecting the hive. The closing sentence "All the other bees hum her name" is to emphasise that our name lives on in everything we did and everyone we leave behind.

The intro is based on a street recording I made in Berlin outside of my old studio a few weeks before leaving to the Netherlands. This recording is mixed with filtered white noise passing through my Vermona Retroverb Lancet spring reverb, a bass synth created with my Korg Ms20 mini and an electric piano (my Hohner Pianet T) played by Amir Sinai Weisglass. The Pianet passed through my Moog MF Delay and my Vox Night Train 15 tube amp throughout the whole track, Amir Played the whole 9 minutes in one take and the only processing used after the recording was a tiny bit of eq in Pro Tools. The Moog delay was also used on the street recording while increasing the feedback right before it ends.

The live guitar take, which the whole arrangement was built on starts right after the last electric piano chord. I used my Epiphone Broadway jazz guitar in open tuning for this one and recorded the body and the amp (Sansamp PSA 1) at the same time because I really wanted it to sound more acoustic than electric. After recording the guitar I noticed that the body mic had a bit too much noise on it and my solution for this was to pass that channel through a synth filter (Pro Tools Air Vintage Filter) shaping the noise in to waves and constantly changing guitar sound on the way.

The 2nd verse is followed by a string section which was played solely by Amir. We used 1 violin, 2 bows and 2 different microphones (Oktavamod 990 and AKG c414) in order to create this section which is made of 15 different violin tracks and some Melotron strings as well. The chord progression on this part also appears in the the opening track of the album, I thought it would be a nice way to complete the circle and got the inspiration from the Smile Sessions where Brian Wilson uses reoccurring themes throughout the different tracks.

The track ends with a piano solo (my antique Adam upright piano) playing on top of a recording of a beehive, this recording was actually hiding in the background throughout the while track but in reverse. The piano was passed through a telephone filter in order to make it sound like a very old recording and the occasional bell ringing is the the doorbell of my new home in the countryside which was also a way for me to complete the circle since the track starts in Berlin. 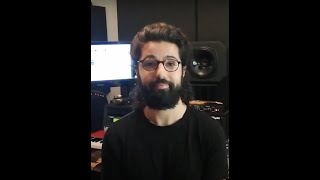 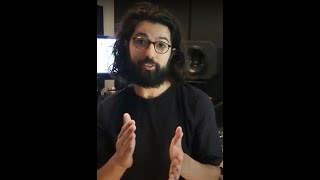 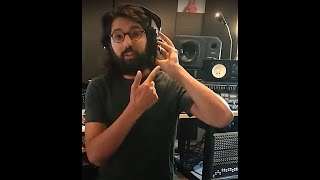